With conifer seeds able to spread distances of more than 20km on the wind, and the ability for one tree to produce thousands of seedlings, their impact on our environment should not be underestimated. They can consume significant amounts of water, reducing stream flows in dry areas by anything from 30-80%, and their thick forests block out sunlight that other native plants and animals rely on for survival. They can also harbour both plant and animal pests and create a significant fire hazard in vulnerable areas. 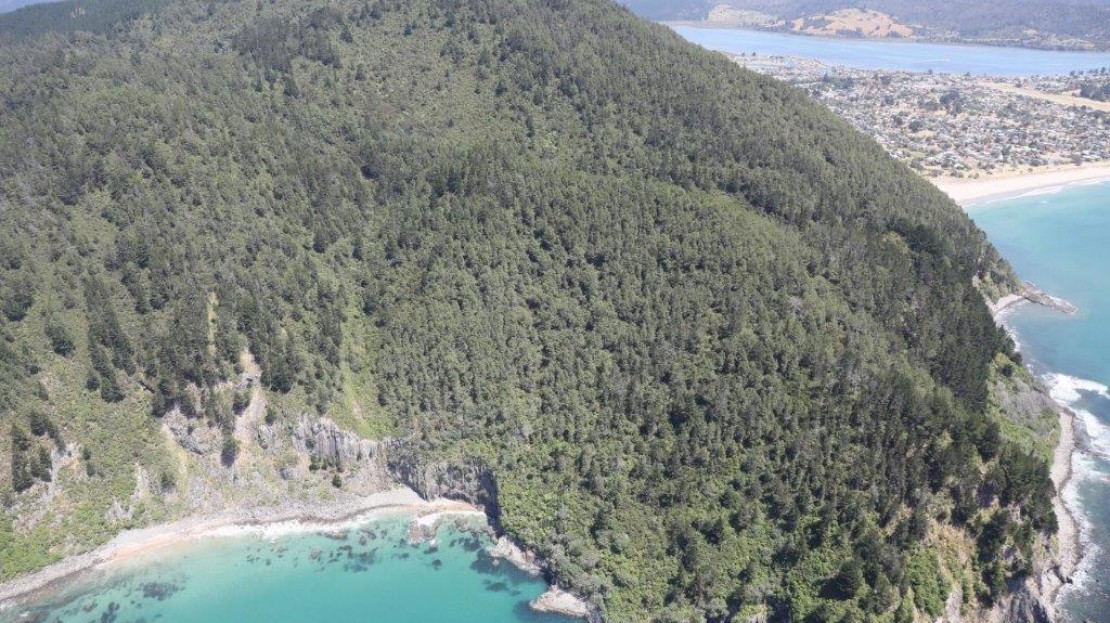 ‘The Right tree in the Right Place’

But the news is positive. Thanks to a highly effective partnership between central government agencies, led by the Ministry for Primary Industries (MPI), and district and regional councils, along with people in local communities, significant progress is being made in the war against wildings.

To date, the National Wilding Conifer Control Programme has stopped the spread of wildings across 1.2 million ha of New Zealand, and this work continues. But there is always more to do.

The partnership brings together a network of people from across the country and unites them in the fight against a common enemy. It’s underpinned by the New Zealand Wilding Conifer Management Strategy, which guides the control programme and provides national coordination of efforts down to the grass roots level.

The catch-cry of the strategy is “The Right Tree in the Right Place”, reflecting that when planted in the right place, a number of these species can provide economic, environmental, social and cultural benefits – but in the wrong place, they have significant negative impacts.

Working together for success

The collaboration of agencies and communities has been highly effective. A key strength of the strategy is recognition by all of the groups involved in wilding control that national coordination and consistent funding is needed – supported by working closely together, backed by robust science and research.

This has led to the approval of $16m of funding over four years through budget 2016 for the first phase of the national programme, which has already exceeded expectations. Control efforts are currently focussed across 19 ‘management units’ or priority areas identified by the national programme where the wilding threat is most critical.

Reclaiming more of the Lammermoor

The sweeping iconic landscapes of Central Otago are a drawcard for visitors, artists, cyclists, recreationalists and adventurers alike – and as such, are an important part of the local economy.

But the open character of the land and its precious water resources are under threat from the march of wildings – mostly through seeds spreading on the wind from commercial forests and early shelterbelt, amenity and farm plantings.

Central Otago is also seasonally dry area where fires are a constant threat, and the presence of uncontrolled wilding trees and forests creates a real hazard.

But thanks to the dedicated efforts of locals, spearheaded by the Central Otago Wilding Conifer Control Group, with support from the first phase of the national programme, real progress is being made in the war on wildings.

Local control efforts to date have been focused on three management units – Dunstan, to the east of Queenstown; St Mary/Ida, west of Oamaru; and the Lammermoor ranges, lying to the south east of Alexandra.

Using a mix of targeted control methods, including aerial control and ground operations using felling and herbicide injections, approximately 320,000 ha of land in total from these units has now been cleared of wildings.

Another key to success has been the strong support of landowners, who have made significant financial contributions to the programme.

While real progress has been made to fight the spread of wildings in central Otago, there is still more to do. This will see future efforts focus on continuing to build on relationships with landowners and forest owners to ensure the right type of tree is planted in the right place, and promoting a culture of awareness and responsibility to remove those trees that aren’t. At a national level, areas not addressed in phase one of the programme will be the focus of future operations.

Caring for the Coromandel

One of the areas of future focus is the gorgeous Coromandel Peninsula, lying on Auckland’s doorstep. It’s a place where visitors and locals alike marvel at the iconic scenery and unique plants and animals, and relax and enjoy our Kiwi way of life. Cathedral Cove alone attracts over 180,000 visitors each year.

But wilding conifers are the most significant threat to the peninsula’s delicate and erosion-prone coastal cliff ecosystems and native forests. They threaten the Coromandel’s gorgeous vistas, tourism and farming-based economies, its historic places and ways of life.

These pest trees can be found on both eastern and western cliffs of the peninsula, with dense infestations at its tip at Port Jackson and Port Charles, and on Great Mercury Island and on most hill faces overlooking the harbours.

Many of these areas are also home to regenerating native trees, including kauri, which are being forced out by wildings.

Getting to the root of the problem

With wildings able to take root and spread from rocky, sheer, and dangerous cliff areas, this makes ground control efforts on the Coromandel risky and difficult.  These efforts can also risk spreading kauri dieback disease into young, regenerating kauri forests – the catch being that kauri and other species will only survive long term if competition from wildings is eliminated. This means wilding control efforts are essential, but must be done carefully.

Locals have already shown their initiative and commitment to get on top of the problem, with several site-led programmes funded and run by a combination of community groups, private landowners and government agencies.

Projects are dotted across the peninsula and include maritime pine control, dune restoration, native bird breeding programmes, and controlling wildings on public and private land, along walkways and on islands.

But there is still much more to do. Wilding infestations are large, dense in places and spreading rapidly across many parts of the peninsula. Sustained funding to support local and national control efforts will be needed, supported by a coordinated approach between all stakeholders.

Waking up to Waikato wildings

The Waikato region is home to around three quarters of New Zealand’s geothermal ecosystems, yet many of these unique areas are being degraded by wilding pine infestations. These invasions threaten to destroy the area’s special features and compete with rare native vegetation – which until recently has been a largely unrecognised, significant and increasing problem. These sites are also of cultural significance to iwi – not to mention their high value as tourism destinations and to the international science community.

Geothermal species are also especially vulnerable. Many of these plants have evolved over thousands of years and are unable to live anywhere else, yet they’re literally being overshadowed and stifled by taller, larger wilding species. The litter from wilding pine needles also prevents these natives from regenerating, and harbours other weed species.

This includes the endangered geothermal kānuka, which is facing substantial decline, and the threatened native ladder fern.

Wildings cause further problems when their roots fail and they fall, blocking access to sites and opening up the ground to erosion and other unwanted weeds. They also collapse into mud pools, hot pools and fumaroles, block small streams and waterways, cover open ground and block light to native plants.

Turning up the heat on geothermal control efforts

While iwi and others have made inroads into controlling wildings, control efforts in the Waikato geothermal region are still developing, and will need increased focus and support into the future to better protect this unique environment.

With some conservation land reverting to iwi ownership, there are new opportunities for significant iwi involvement in control and restoration initiatives. Some iwi are already actively involved in control and revegetation projects in several locations, in partnership with district councils and government agencies.

Iwi corporations have been instrumental in controlling large areas of wildings, but the challenge for all groups is maintaining this good work to keep these pests from re-infesting controlled areas.

Wilding pine control will help to protect Waikato’s fragile and rare geothermal areas, their native ecosystems, unique landscapes and local livelihoods. But the longer we wait, the bigger the wilding pine problem and its costs.